A Major Advance in Capillary Electrophoresis

The HPCE-512 system based on multi-point detection overcomes the problems traditionally associated with conventional Capillary Electrophoresis (CE). Data of much higher quality is produced by the instrument compared to other %’ systems in terms of quantification, resolution, sensitivity and repeatability. This significant advance in %’ technology has been achieved by gathering much more data on the sample than competing systems, and then using proprietary signal processing algorithms to distinguish between signals relating to the analyte and those from background noise.

With conventional CE systems data quality is often poor. Acceptable repeatability of analyses, even those of the same sample, can be difficult to achieve. Sensitivity is deemed inadequate Without recourse to expensive, time-consuming labeling techniques that can adversely influence the nature of the analyte. The HPCE-512, however, is a label free system that both reduces the cost of analysis and solves the problems associated with conventional CE systems. 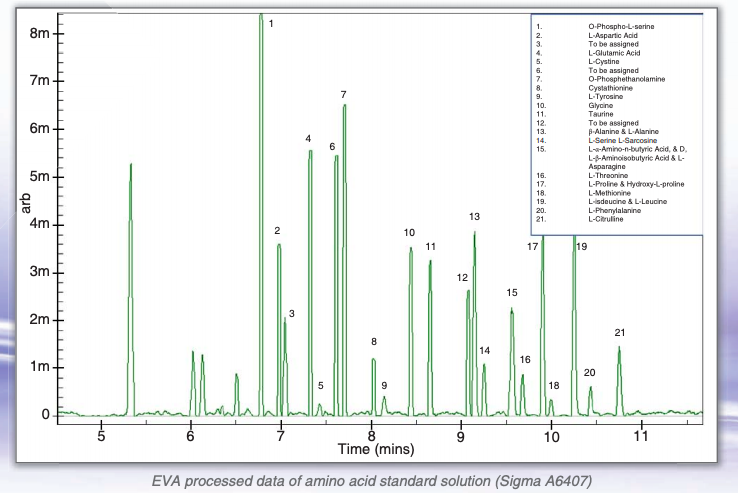 The HPCE-512 images each analyte band across a pixel photo diode array at ten to fifteen times per second so the transit of each band of molecules (in this case protein) is tracked in both time and distance.

The resultant slope of the line tracking the analyte’s progress is dependent on characteristics of the molecules (e.g. molecular weight, charge / mass depending on the chosen mode of operation).
The straightness of the line indicates the fidelity of the separation conditions. The tracks of all the various proteins lead back to a common injection point or vertex. 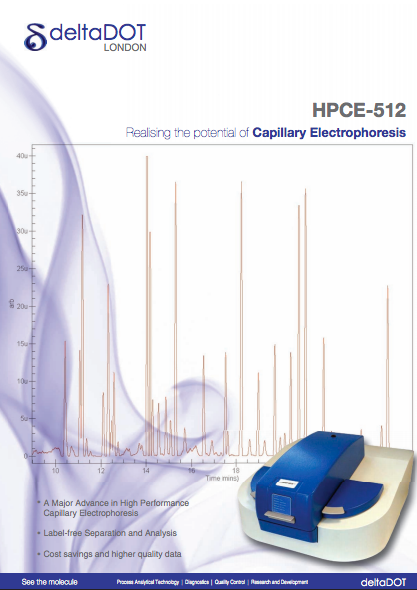 Signals which are detected but which do not coincide with any of the vertex tracks (shown in red) may be identified and discarded as background noise.

The result is an analysis of clearly defined peaks with very low background interference.
This, in turn, leads to the realisation of high-resolution, quantifiable and repeatable analyses without the need to use labeling chemicals.